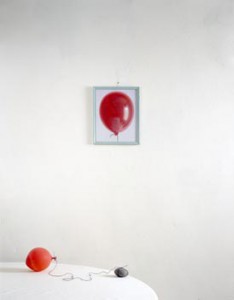 John Chervinsky, who will exhibit at the Davis Orton Gallery in October, has been featured in Photo-Eye’s Photographer’s Showcase.  In an extensive interview, generously illustrated with photographs from his lates series, “Studio Physics,” John describes his motivations and his approach to the work.  True to its title, read how John incorporates time (waiting and aging) and space/distance (anonymous painters in Chinese painting factories) into each composition. John exhibited work from two series: “Studio Physics” and “An Experiment in Perspective” at the Richard Levy Gallery in Albuquerque NM in May. The Davis Orton Gallery exhibited photographs from John’s “Experiment in Perspective”, in 2010.