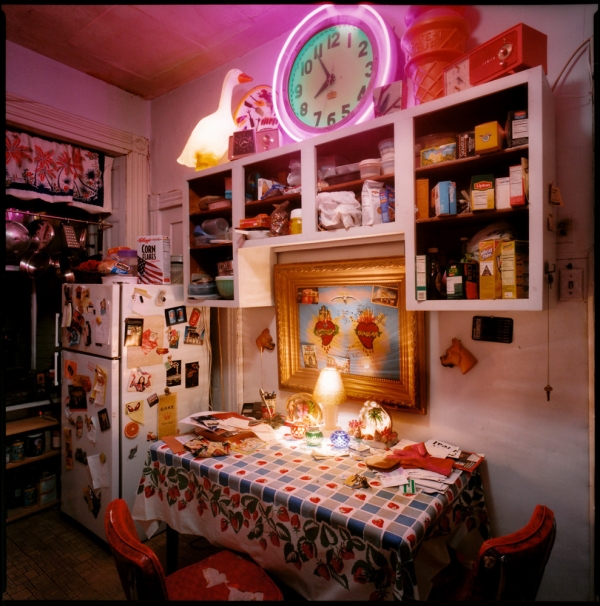 Stefanie Klavens is the Featured Artist for April of “Northeast Exposure Online,” a web-based showcase of regional photography presented by the Photographic Resource Center.  Here you will find photographs from her series “How We Live.” (left: “I Really Try …., 2003.)  The other good news is that Stefanie has launched her website where  you can find images from this and other series including “Historic Theaters” which she exhibited at the Davis Orton Gallery in 2011. 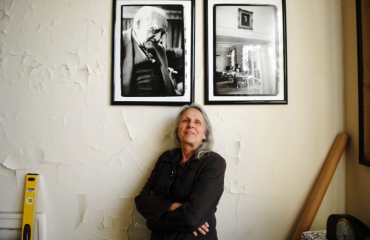 Works by 30 artists including Sylvia Plachy [left photograph from NY Daily News]  The gates of the Andrew Freedman Home, 1125 Grand Concourse, Bronx are now opened to the public. The huge (100,000 square ft.) limestone (mansion) home, opened in 1924, was designed to be a haven for rich elderly who had lost their fortunes. The Home provided food, shelter and the accouterments of a rich & civilized life style. Read all about it, it’s decay, it’s partial resurrection  and now, thanks to No Longer Empty, the site of installations by over 30 artists in the NYTimes – article by Randy Kennedy.

Sylvia Plachy’s installation is in Room 246.   “Room 246 is my homage to those who once lived here. I came here to photograph in January, 1980 on assignment for the Village Voice. I was drawn to the gentility of the residents. They were haunting even then. They were so much like my grandmother and people I knew as a child in Hungary, who’ve also had hard times, but they dressed for dinner, conversed, read and played cards under the dim lights chandeliers.” The installation includes paintings from the time, Sylvia’s photographs, a reprint of Vivian Gornick’s article and music compiled from vinyl 78’s by Ed Towney. Sylvia exhibited at the Davis Orton Gallery in 2010. 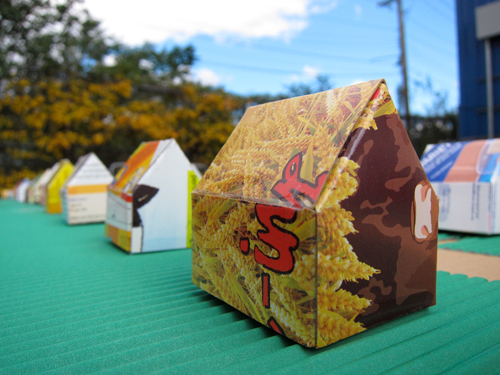 “The idea behind curating Trash Talk stemmed from my own considerations about the amount of excess materials I throw out because my daily necessities come packaged in them. Despite the admittedly small impact my recycled art has in decreasing my own trash production, I started making little houses out of product paperboard that have grown into neighborhoods by the hundreds. Naming the series Suburban Export served as a small confession of what we truly produce in our daily lives.” One of the strongest commonalities among the work of the Trash Talk artists is the use of beauty and humor to help convey some of the medium’s harder realities into a more palatable discussion.

Lisa’s photobook, Discarded Dreams was selected a “best of show” and exhibited along with her photographs and a video at the Photobook 2010 at the Davis Orton Gallery. 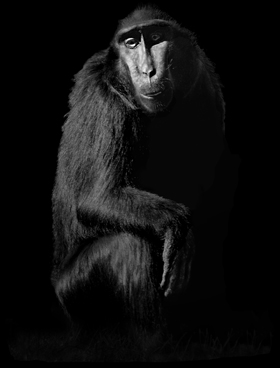 Other Animals, an extensive solo exhibition of Elliot Ross’s photographs is at United Photo Industries in DUMBO, Brooklyn, April 3 – 24. This show contains a selection of images published in his book Animal, as well as a roughly equal number of new, heretofore unseen animal portraits.

Elliot exhibited work from Animal at the Davis Orton Gallery in 2010.  Come by the gallery and ask to see photographs from that series. 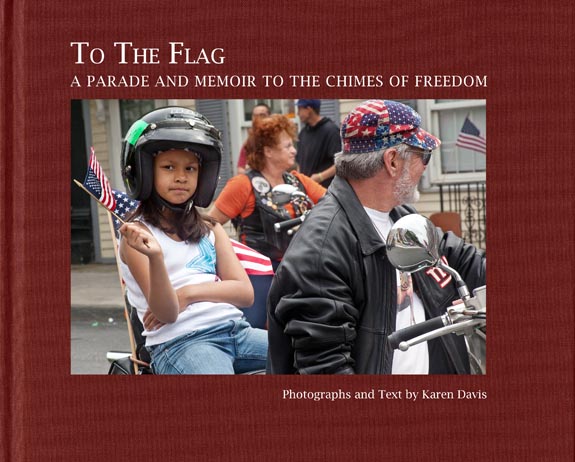 “Civil rights, Vietnam, the right of labor to organize, the Gulf Wars, a woman’s right to choose… for over fifty years I’ve marched to take a stand. While I saw my acts as patriotic, it was the opposition that wrapped itself in the flag. It should come as no surprise that I harbored a deep distrust of people making too much of a fuss over our flag.

The catalyst for this book was a Flag Day Parade in Hudson NY, my new hometown. As the parade passed, thoughts turned to vivid memories of the flag, shared national experiences and long-held beliefs. Although the sounds of bagpipes, horns and drums filled the air, the song in my head was Bob Dylan’s Chimes of Freedom.”