See all images and Bio below

Artist Statement:  These photographs document of a tradition that is a way of using the land that is both historically significant and aesthetically resonant. Scholars have studied these gardens and traced many of their traits to Africa, pointing out similar uses of the land and finding that slaves brought with them not only plant seeds, but agricultural expertise, some of it still in evidence today. The gardens, however, are disappearing – or evolving – as we become less rural and more assimilated, and, for some, less poor. There is a distinct influence among ethnic groups, so that features of traditional African American yards are now seen in white gardens and vice-versa. As people move into cities, they tend to assimilate more with the dominant culture, which in our society encourages the use of store-bought planters, “garden furniture,” and even a particular style of landscape design that places one clearly in the middle class.

Seeking traditional gardens, I would travel into the neighborhood in Athens where Bea Robinson lived, that’s largely, if not all, African-American, or out into the counties south and east, Oglethorpe, Taliaferro, Greene, Morgan, and Wilkes; I also traveled and photographed through-out the deep southern states, Alabama, Mississippi, Louisiana, North and South Carolina, and Arkansas.

These gardens speak a certain language – a language, I’m convinced, that is about the earth, about beauty, and about spirit. Some of the vocabulary of this language is about belief and spiritual knowledge – the empty bottles, the pipes sticking upright out of the ground, dolls – and have specific meanings that relate to the spirits of ancestors or magical powers and that go back centuries and across an ocean; some of the vocabulary is functional, practical, born of necessity – the vegetable gardens, the chicken coops; and some is quite simply of beauty – the impatiens and petunias and pinks, the rose bushes, prickly pears, and canna lilies.

The way the vocabulary is put together is based on tradition, custom, function, and each gardener’s sense of what looks pleasing – in a special and recognizable style. This style becomes the structure of the language; this structure is aesthetic; and this aesthetic, to my eye, is beauty.

It’s a language different from the one I grew up with in Eastern Canada or New England, where I live now. It is a language, though, that I’ve seen and felt before – mostly in the South, mostly in the yards of African-Americans. It’s a language whose sound is so lyrical that, even though I don’t know the nuances of all the words, I used it to make these photographs. 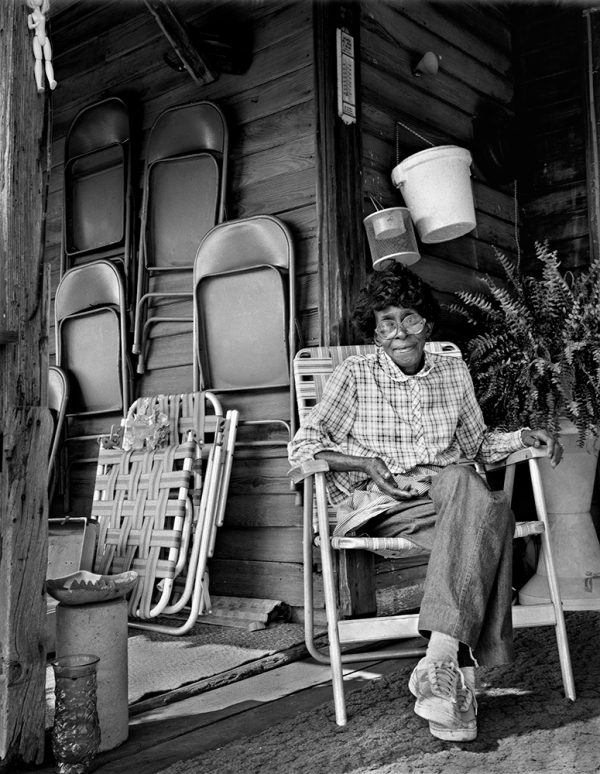 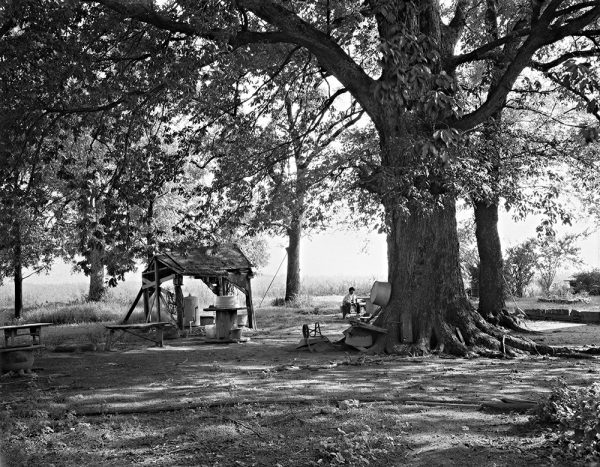 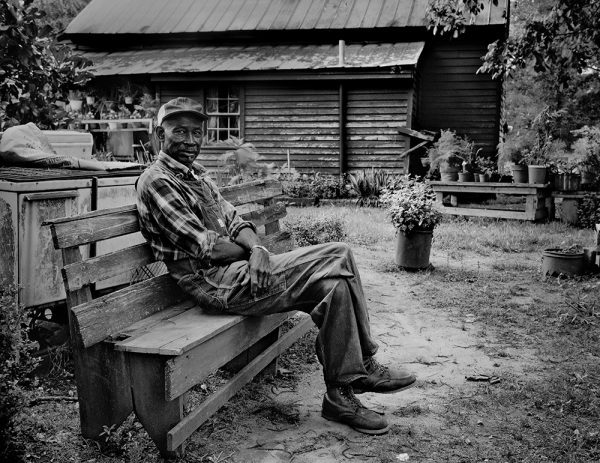 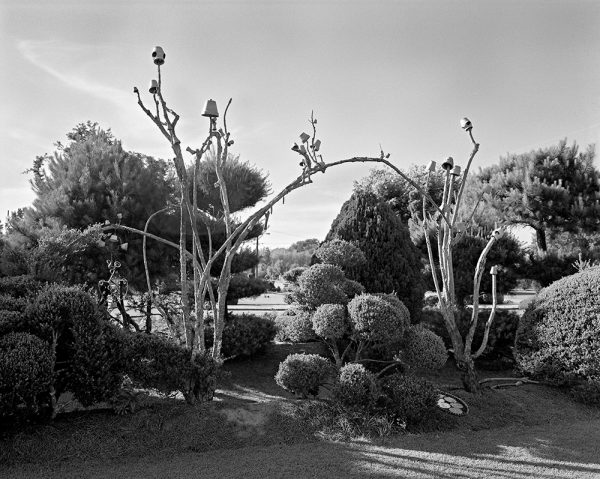 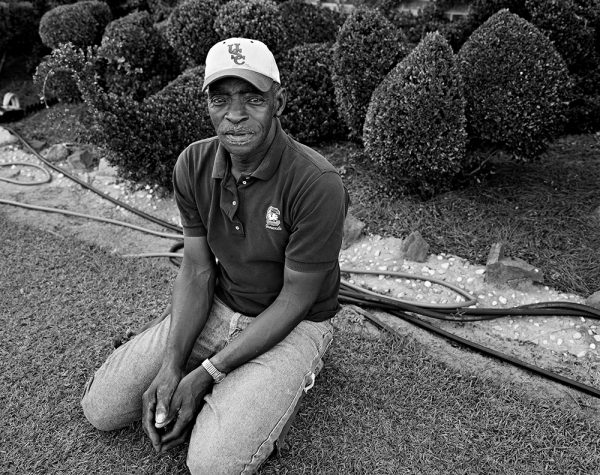 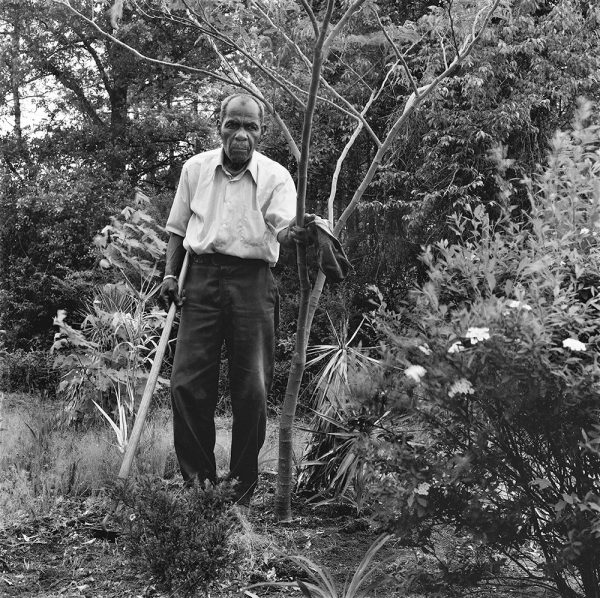 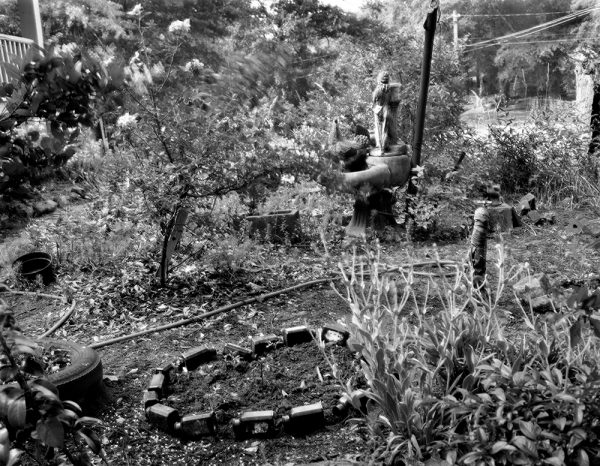 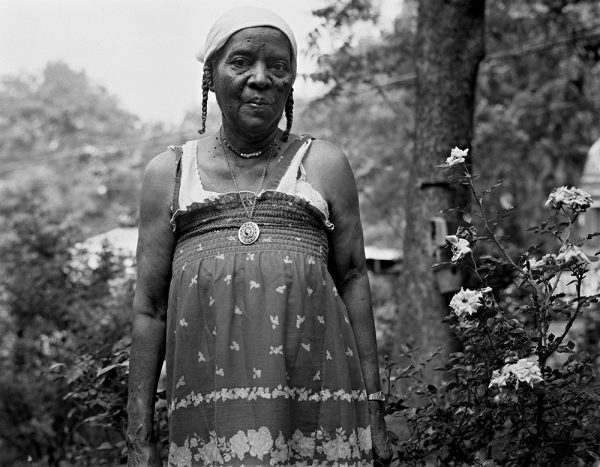 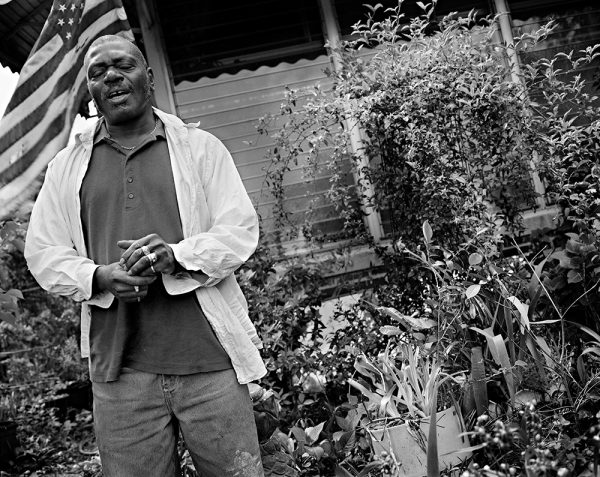 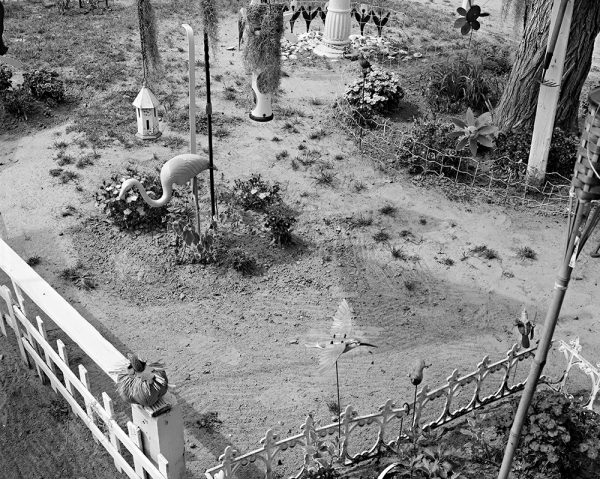 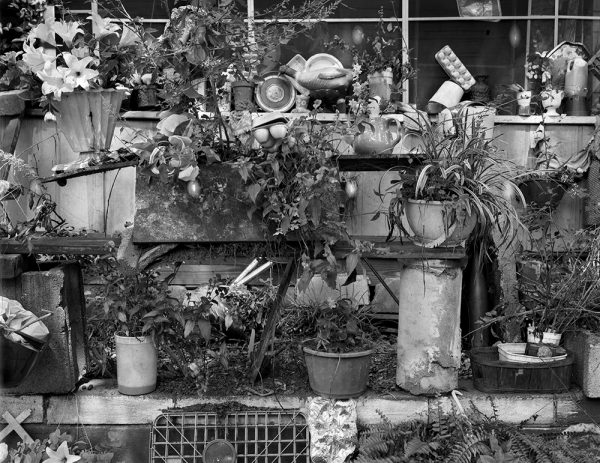 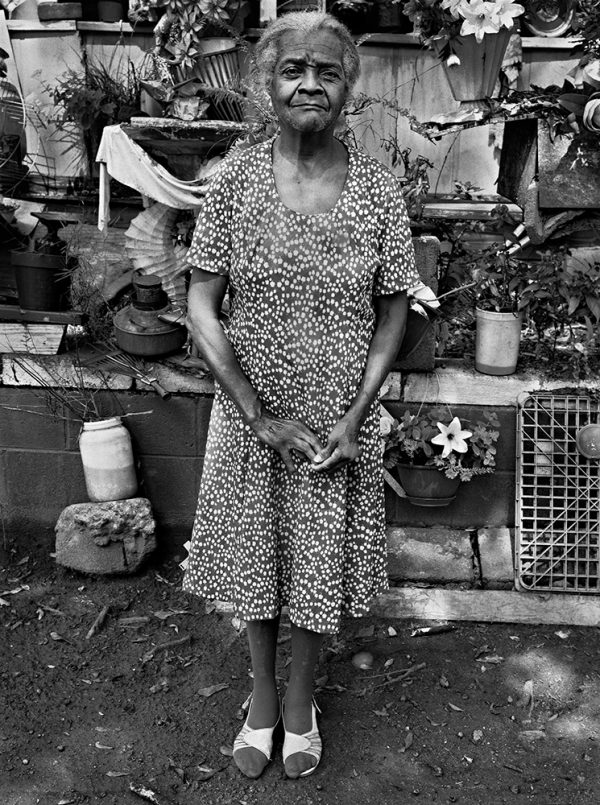 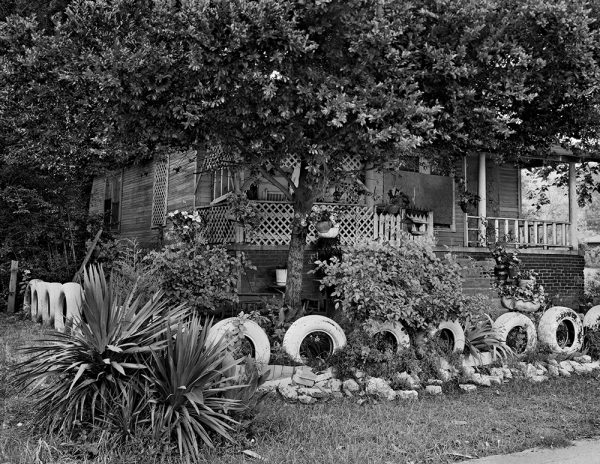 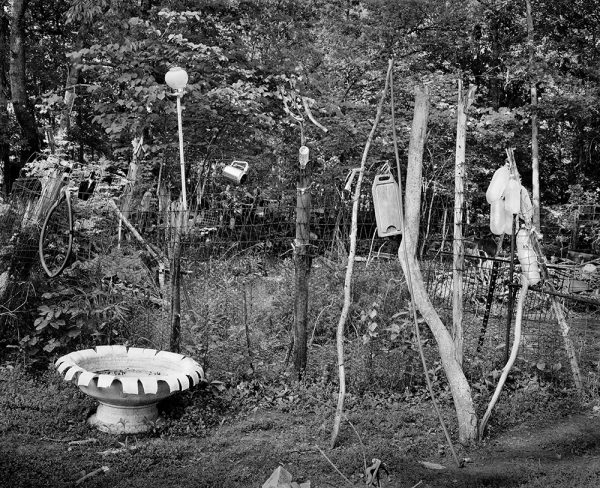 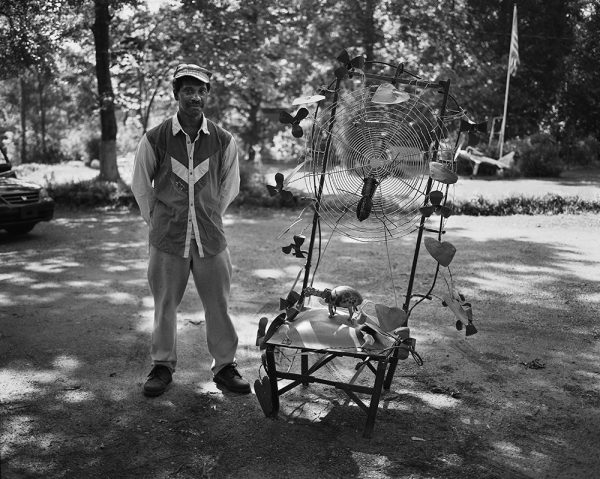 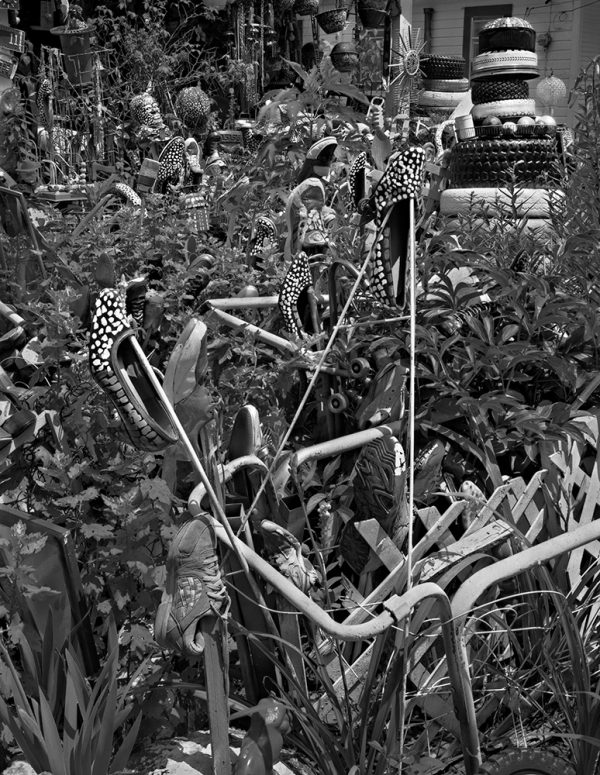 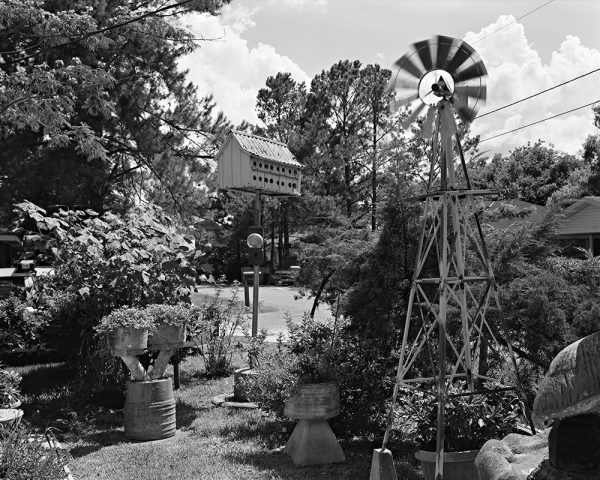 Bio:  Vaughn Sills writes, “My deep interest, visible in all of my work, involves how we are influenced by and how we influence the land, how cultures evolve in relation to (and affect) their geography; just as we, as individuals, evolve, becoming who we are because of our families, and our psychological and sociological circumstances.”

Vaughn’s work has been has been exhibited widely, in museums and galleries; the galleries of botanic gardens; and in the collections of the DeCordova Museum, Harvard Art Museum, the Eaton Vance Collection, among others. She have received several significant awards — twice she received the Artist’s Fellowship in Photography by the Massachusetts Cultural Council; other grants and awards have come from the Artadia Dialogue for Art and Culture, the Polaroid Foundation, and The New England Foundation for the Arts. Her photographs and books, Places for the Spirit, Traditional African American Gardens (2010) and One Family (2001) earned awards from the Garden Writers Association and the Magazine Association for the Southeast.

Vaughn is a Visiting Scholar at Brandeis University’s Women’s Studies Research Center and Associate Professor Emerita of Photography at Simmons College. She lives and works in Cambridge, Massachusetts, and Prince Edward Island, Canada