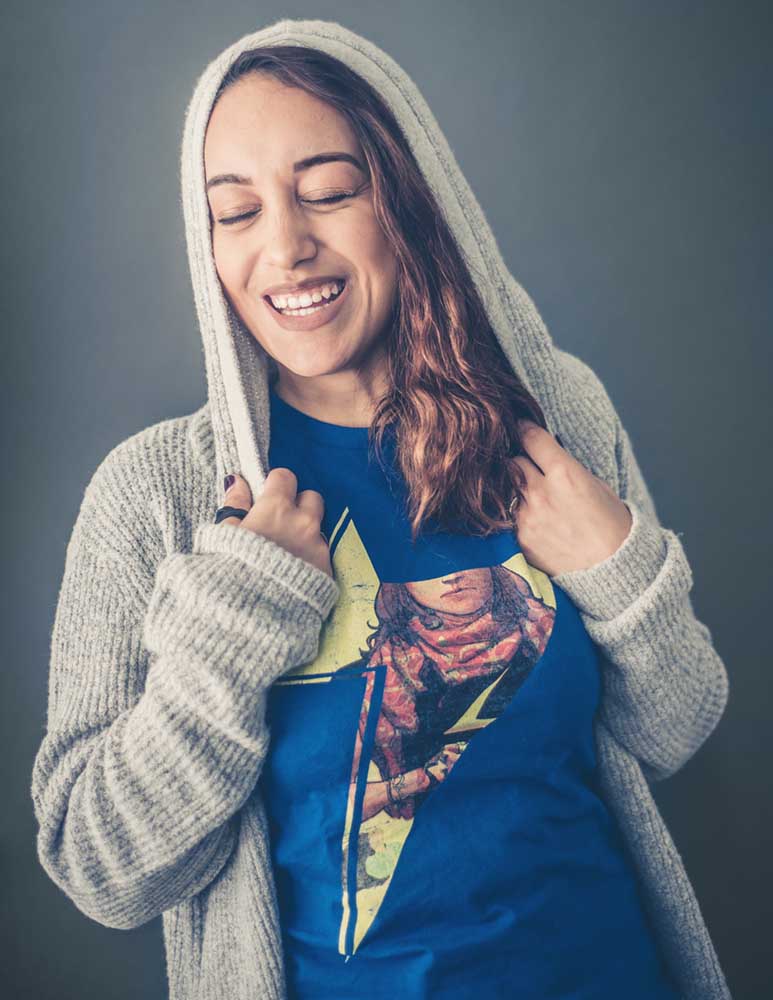 Shannon, 24, freelance Film & TV production assistant: “I’m 100% Puerto Rican, grew up in the Bronx and co-run a blog called MissMuslim.com. During college, in freezing Oswego, I was going through a ‘dark time’ mentally and I was like, ‘Do I really believe in Jesus Christ as my personal savoir?’ Because I was raised in the Christian faith – my Mom’s a pastor- [in fact] growing up everyone in my family played a role in church, my cousins were singers and dancers in a popular Christian dance team called Inner Shout and I was even a Bible School teacher at age 14. So, when I went to college I didn’t have that Sunday thing to do anymore and it gave me the time to think [about] ‘why am I doing this?’ I was lost.

Then I met this young man, a strange man … he believed in all the religions! He had a Quran- he wouldn’t let me touch it though, so I googled it and read about it… and there was this portion that spoke to me and it basically said, ‘There is only one God, who has neither begotten nor begat’, meaning there is one God source who was not born or gave birth, like no son… It was the oppositee of what I had been living my whole life. I read that and I thought, ‘That makes perfect exact sense!’ That was the moment and a year later that I converted to Islam in my bathroom.

The appropriate way is that you should have a religious cleric present but you can do it without one. You make the declaration of faith – ‘There’s no God but God and Mohammed is his slave and messenger’ and you perform Wudu which is the cleansing of yourself. And because I didn’t know proper Wudu methods, I took a shower. Then a year after that I told people I was Muslim.

I did wear the hijab for a while, but was doing it because I thought I should, not because I wanted to. A lot of my thinking was based on other girls [who I thought were proper] and what they were doing and saying. Then I got to know them and saw who they were in public versus who they