Carlos Saavedra’s extended series of women who have fought in wars for independence is a tribute to by the artist through hushed video portraits and black and white mediated visions of their memories that until now have been left with no physical support.

The first chapter of this project, presented here, was developed in Bangladesh and India during 2016. Saavedra collected information about the role and participation of several women in the Bangladeshi Independence War and the events surrounding it that marked them: the student movements, the political parties and the guerrillas that for several decades have been part of the territorial and religious conflicts of the region.

Saavedra’s brief silent videos present portraits of fifteen Banladeshi women who had a role in their country’s armed conflict. Although the stereotypes of war leave women in the exclusive role of impotence, fragility or victimization, the courageous testimonies he has collected bring the strength and courage of women to the forefront.

Saavedra’s black and white photographs represent a memory described to him during interviews with each woman. “The interviews are my roadmap: I travel to places in their past to register the objects and spaces from their memories, attempting to reconstruct them visually.” His goal is not only to fix those verbal memories through the photograph but in so doing, transform each into a social and collective asset. 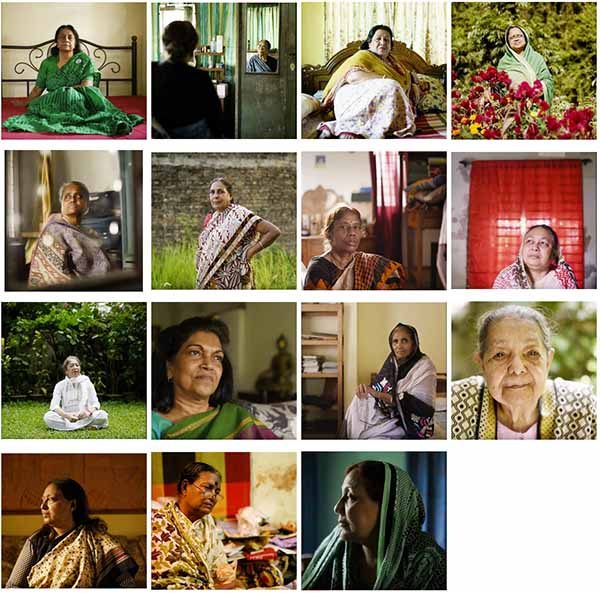 Above: Stills from Fifteen video portraits of Bangladeshi women who fought in the 1971 war for independence by Carlos Saavedra

Below: Pigment prints representing the memories from the war for independence of ten of the women. 24″x20″, editions of 5, prints: $800. 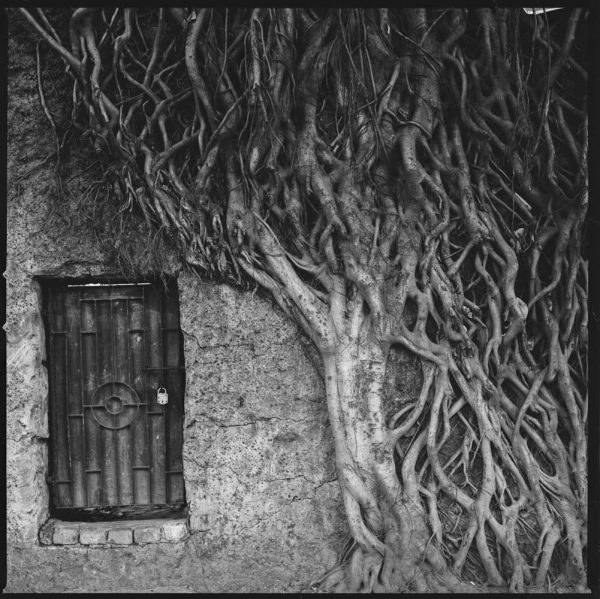 The Gobra camp was the women’s camp in Kolkata, India. In the camp many women trained to be soldiers, nurses and helped in many ways in the 1971 struggle. This is the entrance to the camp. 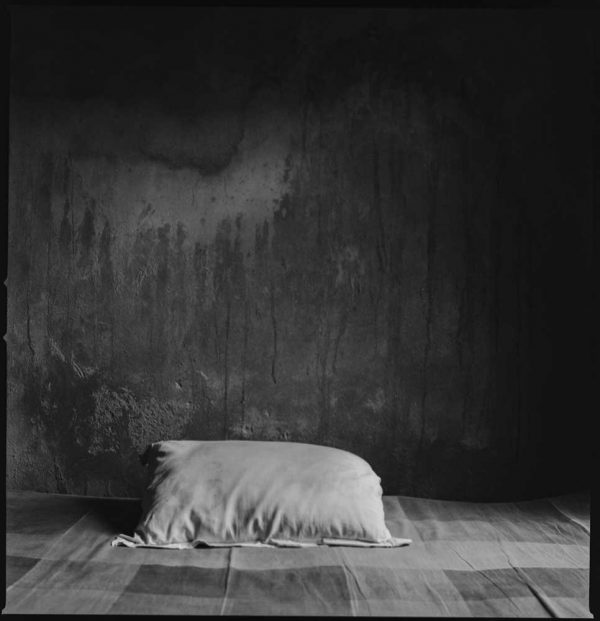 Laila Parveen Banu was a teenager during the war and when she saw her father and grandfather die she decided to participate in the Bengali army. Today she is a very recognized and influential doctor in the Bengali society. I went to her childhood home in her hometown and this is the bed where her father slept before he died. 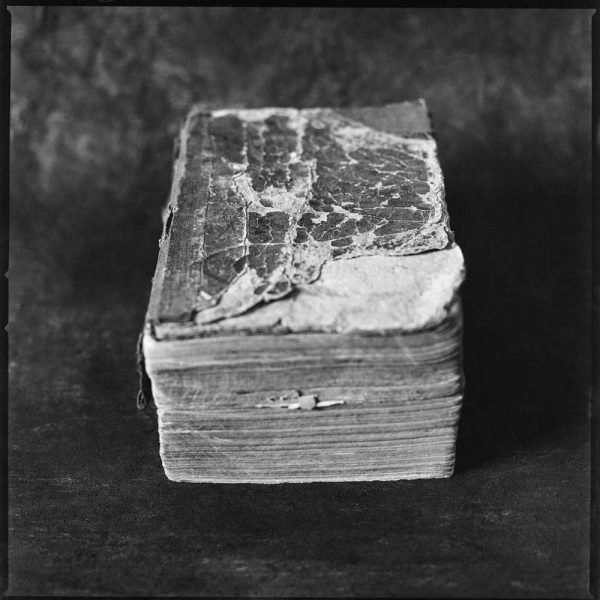 Mushtari Shafi was the radio broadcaster and cultural leader during the 1971 war in Bangladesh. When I talked to her she pulled out this Bengali-English dictionary she used in the radio station to correctly translate the stories about the war in Bangladesh with the rest of the world. 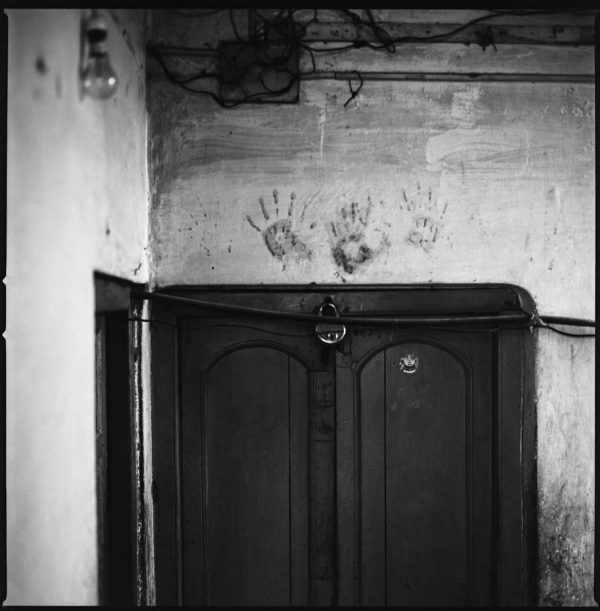 Momtaz Begum fought in the 1971 independence war in Bangladesh. After the war, Momtaz returned to her hometown and realized that her house had been burnt, she and her family had to sleep in this apartment. As soon as they entered they noticed the bloodied hands and woman’s hair on the floor, this house had been a torture center during the war. Today these hands are part of a ritual of the region in the times of Eid, a Muslim religious festival. 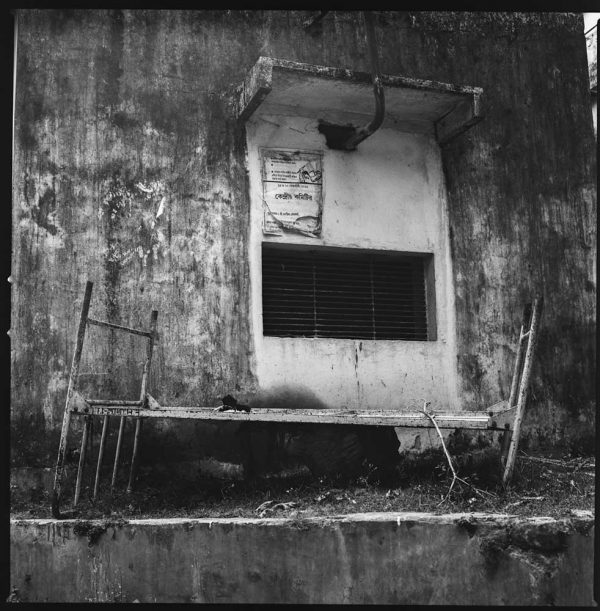 Saleha Begum was a nurse in Agortola, India during the liberation struggle. Agortola is near the border in the eastern side of Bangladesh. This is part of the hospital she worked in 1971. 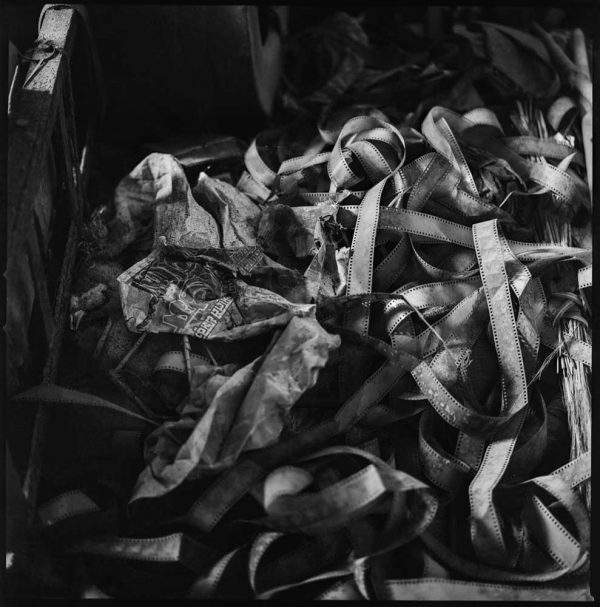 When entering the old cinema hall which Shirin Banu Mitil mentioned, there was damaged movie film all over the floor allowing anyone to imagine the chaos of what she lived during the independence War. 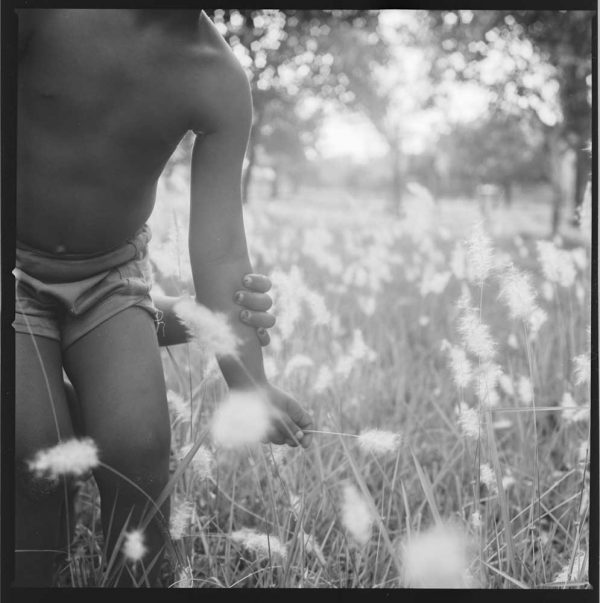 Era Kar was one of the few Hindu who fought on behalf of the Bengali army, and trained in the Gobra Camp. This field was were her father was found dead and when she decided to enter in the Bengali army. 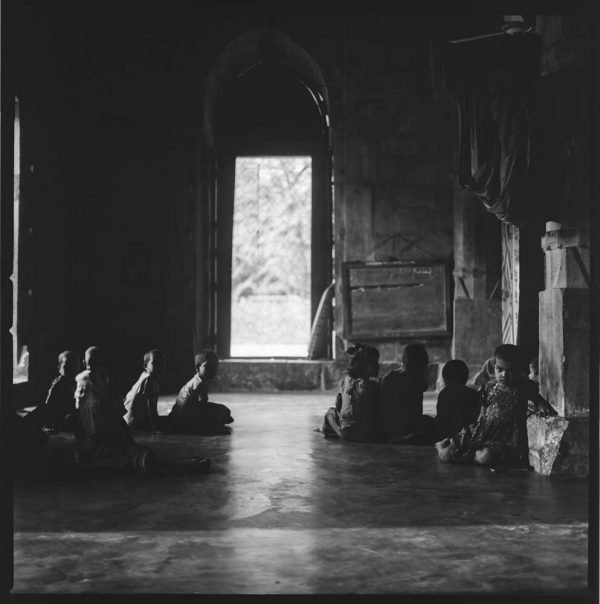 Lubna Marium’s Memory: Lubna Marium had to leave the country because her father was one of the principal commanders of the Mukti Bahini (Freedom Fighters). She escaped the country and helped with the refugees and the soldiers as a nurse in India. Her strongest memory was when she met and talked to Captain Jahangir, who was a war hero in the 1971 war. He was awarded with the Bir Sreshtho (The Most Valiant Hero) award. I went to his grave in the Shoto Shona Mosque and I found children learning the Koran inside the mosque.

Basona Halder’s Memory: As the Hindus were systematically killed in the 1971 Independence war, it was very complicated to be a Hindu in Bangladesh during the war. This is a Hindu Icon that represents Basona Halder’s struggle and her family heritage. 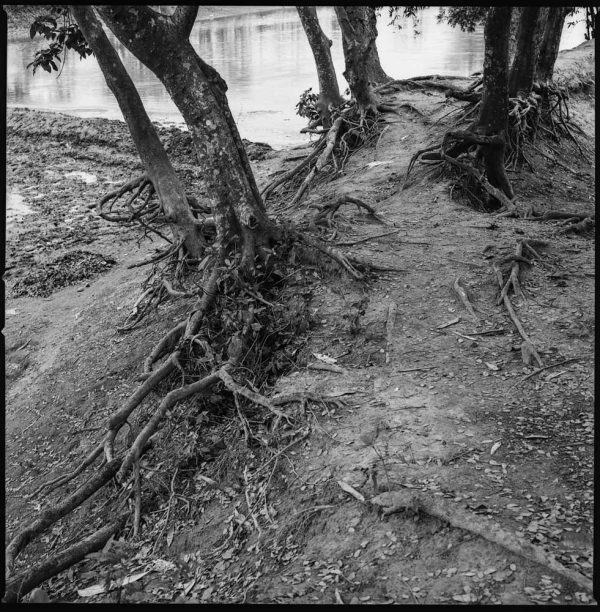 Ambia Shofi’s Memory: The river and the trees surrounding the photo is the representation of Bangladesh’s way of life. Transportation, food and life in general happens near rivers. Amber Shofi fought and trained in the Gobra camp, and she remembered the rivers most. This is where she fought, escaped and how she came back to her home town. This exact part of the river was where she remembered her uncle dying.

Bio:  Award winning Colombian photographer Carlos Saavedra’s projects have focused upon key moments in the lives of his subjects such as birth, motherhood, political action, old age and death. His photographs and videos have been exhibited in New York, Woodstock, Los Angeles, London, Turkey, Washington DC, Mexico City and Dhaka. His work has appeared in print and online media originating in Columbia, England, United States and other countries. Saavedra was selected for the Ian Parry Scholarship, the 2015 New York times Portfolio Review, the 2015 Eddie Adams Workshop and was a finalist for Photo of the Year for National Geographic in 2012. He studied Photography at Lasalle College in Bogotá.