Anne Diggory– Out of Place

In Anne Diggory’s hybrid works that combine photography and painting she challenges the conventions of each media as well as the traditions of the usual content of landscapes and still lifes. Varying in size from one to 9 feet wide, each one begins as desire to express her fragmented experience of a real place. She starts by combining photos of that place with photos of artwork, both her own and appropriated images. The resulting print then becomes the basis for further painting.
Diggory’s images are “out of place” in both the sense of being transformations of a real place and for their shifts in location, content, and media.

All works: acrylic paint and/or mixed media combined with collaged and manipulated photographs of places and artworks 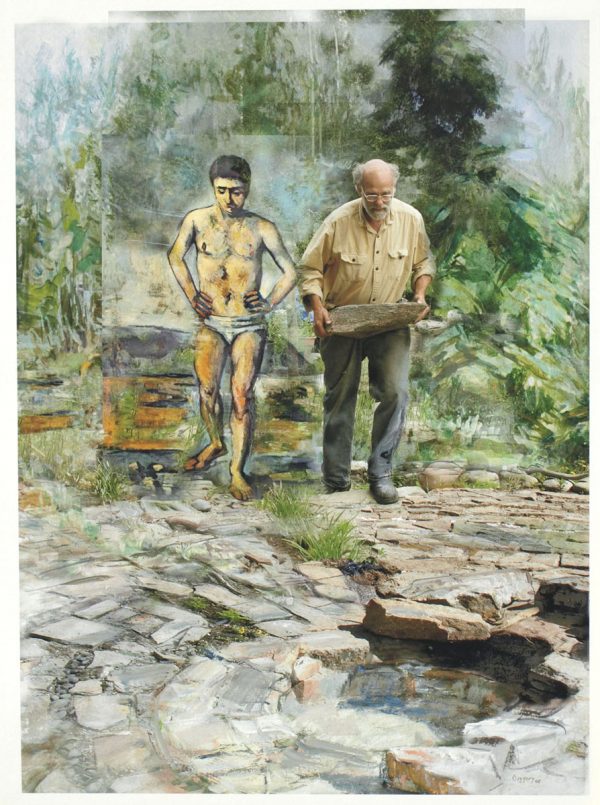 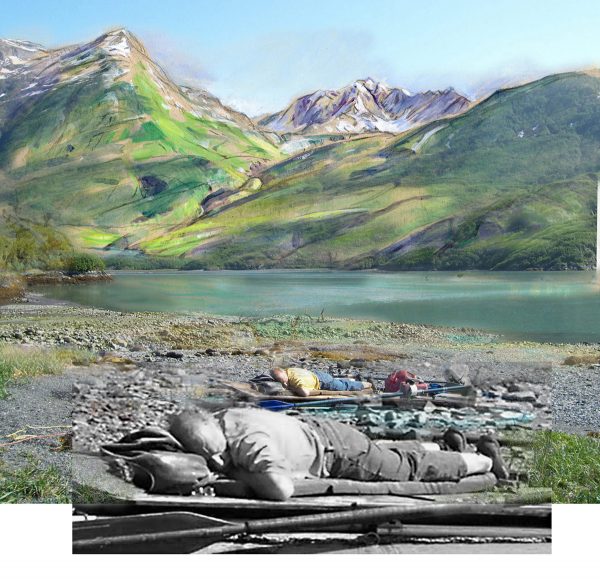 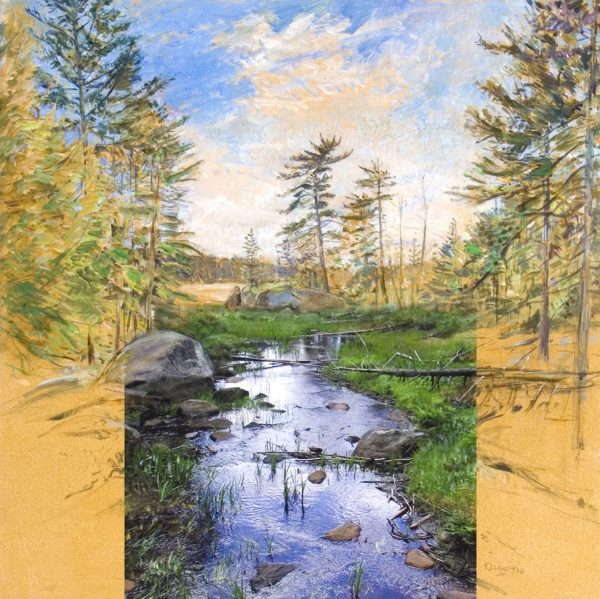 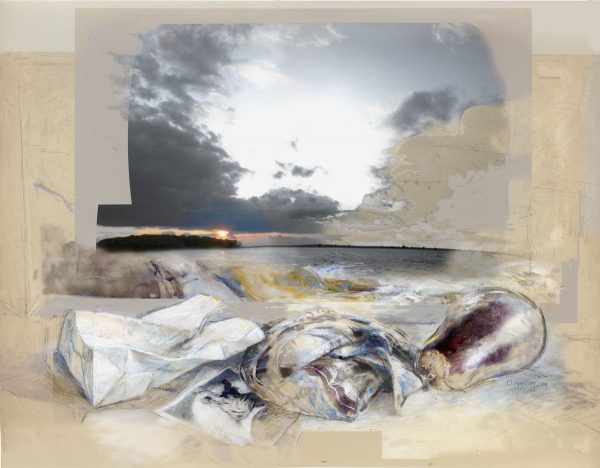 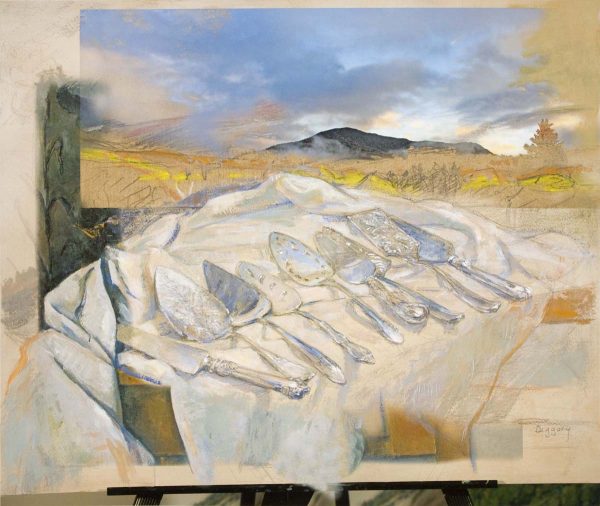 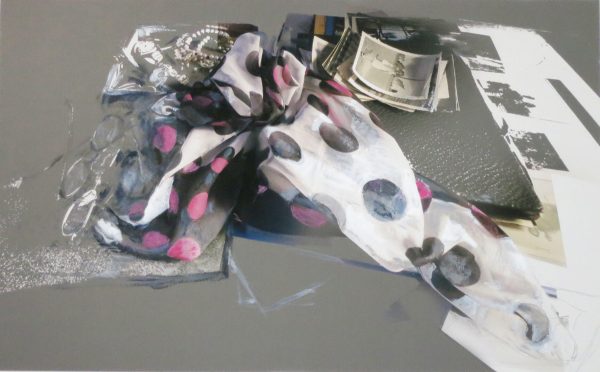 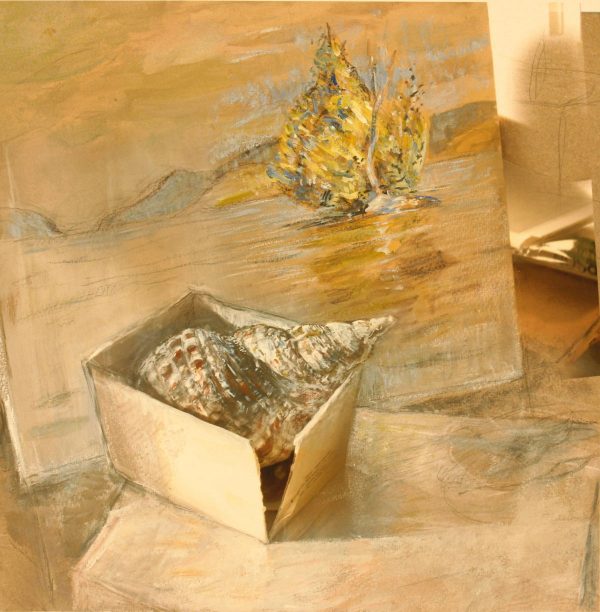 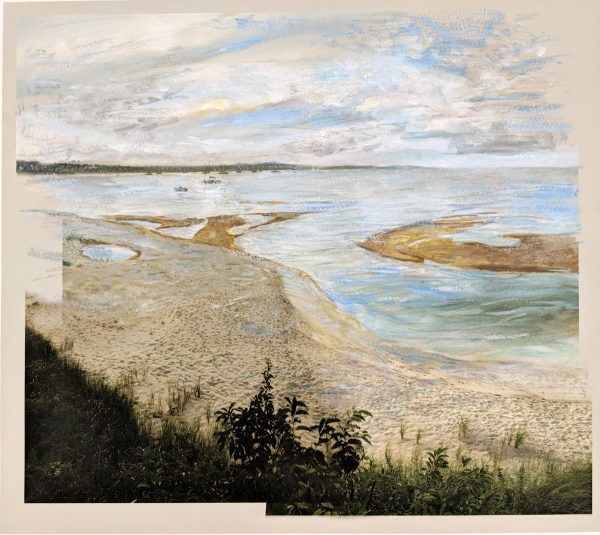 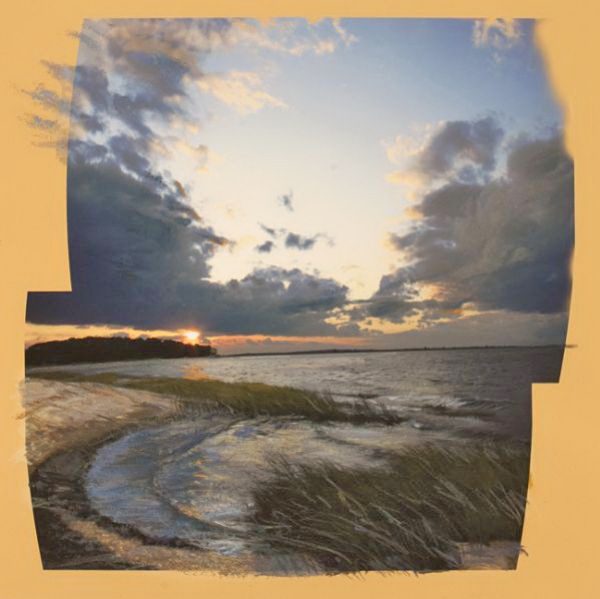 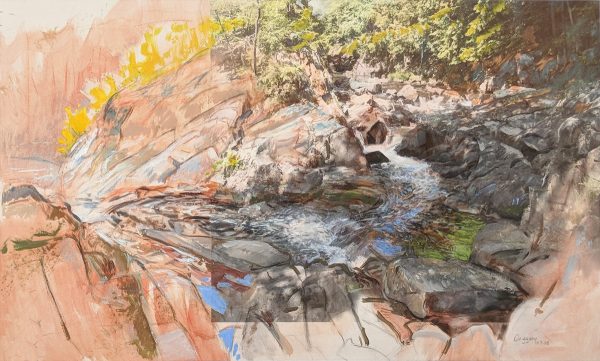 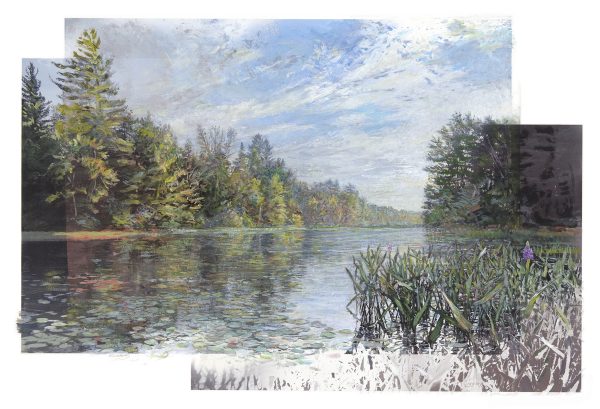 Bio:  Anne Diggory has worked out of her studio in Saratoga Springs, New York, for almost 40 years. Her work has been seen in over 35 solo exhibitions and 75 group exhibitions in the United States, Panama and Germany. Recently Anne’s hybrid works combining photography and painting were the focus of two solo exhibits — in New York City at the Blue Mountain Gallery and at The Hyde Collection in Glens Falls, NY. That work was featured in the Adirondack Explorer, Saratoga Living and the 2015 photography issue of Adirondack Life “The shifts between painting, photography and digital manipulation continue to be “startling and disorienting, as well as beautiful,” with “mysterious, absorbing blends” (Jay Rogoff, Adirondack Life, March 2015). Diggory’s combination of accurate detail with expressive painting and strong abstract structure are an outgrowth of education at Yale and Indiana University and many years of exploring and painting the natural world.